Identifying effective processes for functional verification of ASIC and SoC designs is of increased significance for engineers due to growing design complexity and integration of embedded components such as CPUs, GPUs, and software device drivers. Overall test time for these systems can include millions, or even billions, of test cycles to completely verify functionality for the average ASIC design. Adding to the challenge, new methodologies must be developed for combined teams of hardware and software engineers to verify both parts of the system function correctly upon integration. These verification concerns are particularly troublesome for companies competing in industries with short time-to-market periods, such as consumer electronics.

Hardware/Software co-verification is the process of verifying that RTL code functions correctly in hardware before the design is committed to fabrication. If bugs are determined to exist in post-silicon production, costly re-spins can ultimately reduce profit margin. Hardware-assisted verification platforms provide users with a solution at all stages of the design cycle with a full range of verification capabilities:

Through each of the stages designers require debugging capabilities to provide an oversight of signals while the system is operating. This becomes especially important when debugging large systems, many of which have multiple levels of circuit design.

ASIC/SoC Project Timeline, with and without Hardware/Software co-verification.

In Without co-verification, in Figure 1 the hardware team begins the design process, generating the necessary RTL code, implementing IP cores, and utilizing vendor-specific primitives. Following shortly behind, in parallel, the software team begins generating C/C++ code, operating systems, and software application/drivers. The software teams must then wait for the silicon to be fabricated before testing the software on the hardware board. This pausing of Hardware/Software integration while silicon is fabricated is a clear disadvantage if errors exist when integrating the two portions of the system.

With co-verification, in Figure 2 both hardware and software teams begin integration as soon as stable RTL and software code is available. Both teams can also progress together concurrently, improving performance and resolving issues prior to silicon tape-out, saving cost from silicon re-spins.

The HES-7™ ASIC/SoC prototyping board is part of Aldec's Hardware Emulation Solution (HES™) ecosystem which enables users to utilize their prototyping board for hardware-assisted verification without purchasing any additional hardware. HES-DVM™ (Design Verification Manager) enables multiple modes of verification including: acceleration, emulation, prototyping, and virtual modeling to provide users flexibility in verification and debugging at all stages of the design cycle. HES-DVM also integrates ASIC to FPGA conversion tools (clock conversion, memory mapping, partitioning, etc) with many debugging capabilities such as static probes, dynamic probes, memory visibility, black box modules, and mirror-box modules. With design capacity of up to 24 million ASIC gates, HES-7 and HES-DVM are able to handle the demand of large ASIC/SoC designs while meeting the needs of design verification teams. Learn more. 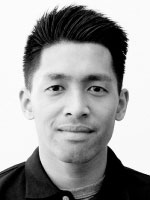