Imagine traveling back in the time to the early human ages. It’s going to be both scary and interesting when you meet a person who probably cannot speak or if they do you won’t be able to understand them. Clearly, communication will not be possible until you find a mutual way to convey your respective meanings/intentions. The same principle applies in the world of electronics as there are various types of interfaces among electronic devices. Therefore, a standard communication protocol eases the transformation of data in a system, especially in a System-on-Chip (SoC) system which consists of different systems.

SoC FPGAs such as Xilinx® Zynq™ establishes the ARM Advanced Microcontroller Bus Architecture (AMBA) as the on-chip interconnection standard to connect and manage the functional blocks within the SoC design. The Advanced eXtensible Interface (AXI) is designed for FPGAs based on AMBA as a protocol for communication between blocks of IP.

Here are some of the important features of an AXI interface:

Regarding the nature of the design, there are two types of AXI4 interface which are shown in Fig. 1. Namely, AXI4 memory map (AXI4 or AXI4-lite) and AXI4-stream. 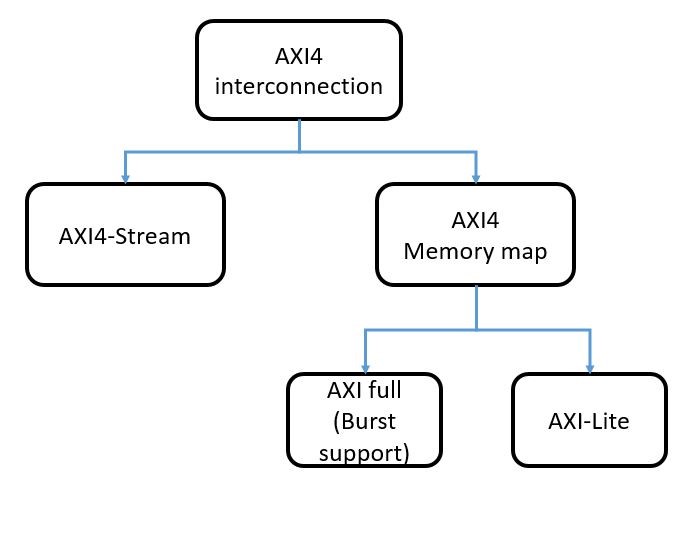 The AXI write and read transaction channels are summarized into 5 categories. In the following text I won’t explain all of the signals in each transaction, just the ones I consider most important (for the purpose of this blog). Fig. 2 shows an AXI interconnection IP and its associated ports in the Xilinx Vivado suite design. 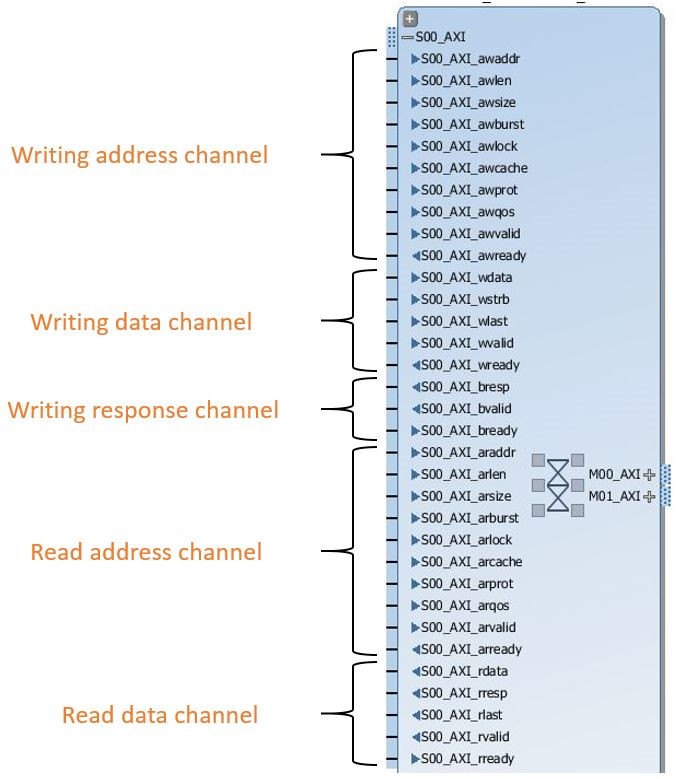 There are a number of special ports within the Zynq architecture that are intended for establishing communication between the PS and PL sides of the device. Fig. 3, shows the structure of these ports. 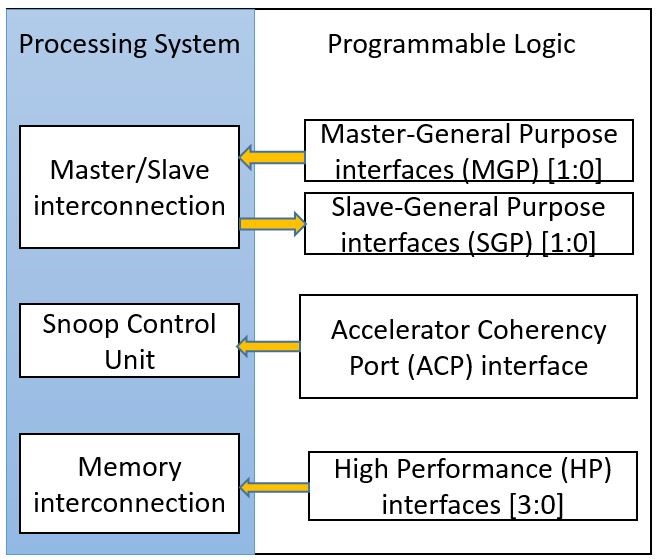 If you’d like to learn how to co-simulate software and hardware to check for SW/HW integrations bugs before you run Synthesis and Place&Route, you can check our recorded webinar – Addressing the Challenges of SoC Verification in practice using Co-Simulation.