ホーム
会社案内
ブログ
Code Coverage – Can we get a little help here?

Code Coverage – Can we get a little help here?

Don’t get me wrong, coverage analysis has been used by engineers for years now and it usefulness in improving productivity and verification environment quality can’t be stressed enough. Code coverage, specifically popular statement and branch coverages, is already pretty awesome.

Let’s talk about these coverage types, and they can enhance the coverage analysis process.

Let’s consider following example, where you have following conditional expression in your code:

When you run condition coverage on such code – it gives you following results. 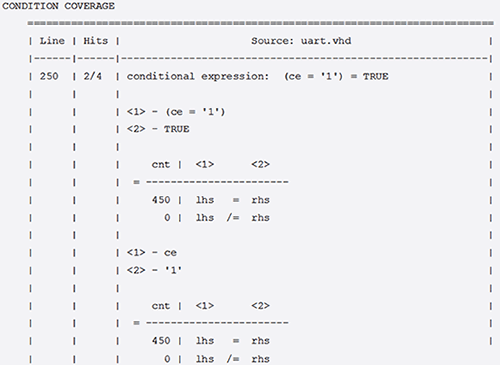 For both of these expressions, it turns out that our test case is evaluating only 1 out of 2 possible cases. This is reflected in coverage summary table that shows that only 2 out of 4 coverage bins were covered. The total number of coverage bins corresponds to the number of rows displayed in all the truth tables for the given conditional expressions.

Now think about this, your statement coverage might tell you that this line has been covered but it does not give you full details if this expression was fully exercised for all the conditions.

So what is a program path? It is a sequence of execution of conditional statements performed in a specific order. So basically Path Coverage collects information about in which order the consecutive statements are executed, the branches that are examined and how logical conditions evaluated during simulation.

Analysis of a path coverage report is not an easy task as it requires deeper understanding of a particular design. So for the purpose of this blog, let’s use a simple example. 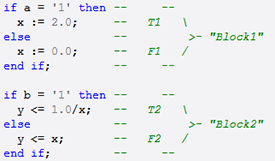 Here two conditional blocks are formed by if statements - Block1 (1) and Block2 (2). Each block has two branches, if returning true (T) and else returning false (F).

Typically when you force a=1, b=1 and a=0, b=0 – your statement/branch coverage will give you 100% coverage. Table below shows the path covered by these test.

Now if your code contains more branches, then the total number of possible path combinations would skyrocket. For a simulation that has very large number of paths to analyze, it may be very difficult to create a complete set of test-vectors to examine all the paths. Using path coverage will allow you to analyze a subset of paths instead of verifying thousands of sub path combinations.

So in a nutshell – condition and path coverage adds more useful details to your coverage analysis allowing you to complete your verification process more confidently.

To take a test drive, visit www.aldec.com/products/riviera-pro or contact sales@aldec.com. 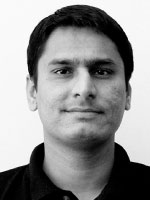