ホーム
会社案内
ブログ
What inspired you to become an engineer?

This week, February 22-28, we celebrate National Engineers Week in the US to recognize the contributions to society that engineers make. During this time, there is added emphasis in schools on the importance of learning math, science, and technical skills.

I work with Generation STEAM, a group organized by the SYN Shop MakerSpace and the Henderson district library to create a series of STEM (Science, Technology, Engineering, [Art], and Math) classes that are free to the public. For my part, I’ve had the privilege of teaching a basic electronics class for kids a few Saturdays this year – and it’s been a blast. Our hope is that we are encouraging a few young people to follow the path of engineering.

We asked some of our friends in the EDA industry, if they recalled the moment back when they were kids that they realized they wanted to become an engineers. Take a look at some of their responses and share your own story by leaving a comment below. 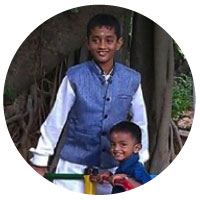 “When I was teen, my father used to open up and repair all sorts of engines and devices such as TVs, water pumps, and motorcycles. Although he didn’t have an official engineering degree he showed us (myself and my twin brother) the fun of “debug and fix” involved in many of our household devices.

Sitting next to him and working as his helper was like a true apprenticeship in electronics, electrical, mechanical, automotive, and more. This, along with my inherent problem solving skills, inspired me to become an engineer.” 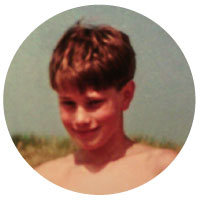 "Growing up I was always trying to understand how everything worked, often taking random household items apart and trying to re-assemble them. (With varying degrees of success!) A fascination with computers and electronics was a natural progression of this curiosity.

The book "Digital Electronics Projects for Beginners" from the local library eventually demonstrated that the previously impenetrable world of electronic circuits could be understood and even created by mere mortals, so thank you Owen Bishop!”

“Engineering drew me in with my first programming class in high school. Shortly after digital circuits won out. With VHDL, I get to do both and internal peace and bliss has been restored.” 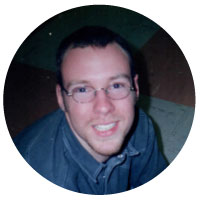 I've always enjoyed building things. I dreamed of inventing new things that didn't exist before, of inventing the future.

I knew that an engineering degree would be my ticket to join the men and women at the frontier of technology."

“A computer science lesson back in school inspired me to become an engineer. We were studying HTML, and I remember creating a simple page with just few words and colored background. It was so amazingly incredible: simple text, written in a file, transformed into a graphical "website"!

After that, I realized that I want to be a part of this industry.”

“One of my early memories is of being amazed at all the cool electronic components in a small bird-sound maker that my uncle had built. I was wowed by the fact that this piece of plastic, metal, and wires was making such a realistic sound that it even fooled a humming bird.

Science fairs were a regular drive to create something new – which is continuing with me till today, only the school science fairs have been replaced by DVCon and DAC.”

"I was good at math and physics in high school which led me into an engineering university and, no surprise, I became an engineer. It happened naturally."

Stan has been active in Silicon Valley since 1979, tackling challenging opportunities such as start-up companies that attempted to apply emerging semiconductor technologies to solve engineering problems related to physical rehabilitation, robotics, and entertainment. He relocated to Las Vegas, NV where he joined new teams of engineers and technicians developing motor speed controllers and lithium-ion battery technologies for electric vehicles. More recently, he has joined the team at Aldec as Regional Account Manager to help support digital design and verification engineers with useful EDA Solutions.

The year was 1975 and another senior in high school brought in his brand new, handheld calculator from TI, costing some $400.00. It was amazing that this device could add, subtract, multiply and divide. None of my teachers could tell me how this calculator worked, but each one said, "Go to college and get an engineering degree to find out." I was convinced, and became an Electrical Engineer.
Daniel P. over 7 years
Funny, I remember my son (now studying mechanical engineering) breaking open a calculator to investigate it when he was younger. Fortunately it wasn’t a $400 one.
Christina T. over 7 years
Yeah, I was that guy that brought in a TI-59 programmable in 1977, acquired with proceeds from a summer of mowing five acres every week in my neighborhood. It made me wonder just how computers worked.
Don D. over 7 years
Ask Us a Question
x
Ask Us a Question
x
Incorrect data entered.
Thank you! Your question has been submitted. Please allow 1-3 business days for someone to respond to your question.
Internal error occurred. Your question was not submitted. Please contact us using Feedback form.
We use cookies to ensure we give you the best user experience and to provide you with content we believe will be of relevance to you. If you continue to use our site, you consent to our use of cookies. A detailed overview on the use of cookies and other website information is located in our Privacy Policy.