If you’re headed to DAC, you should know it's fixing to be the hottest summer ever in Austin, but for brave and hungry meatless eaters, this town is an increasingly cool destination, with creative restauranteurs finding new ways to transform meaty favorites into plant-based edible delights. Eclectic and international-inspired, but at the same time fully in keeping with Austin's comfort-seeking, love child roots, the veggie eating scene in this town just keeps getting better and better.

I've expanded last year's list to include a few newcomers, including a vegan barbecue option for casual dining and, believe it or not, a vegan pub.

Some great new veggie and vegetarian-friendly restaurants have opened in the city that wants to keep up the weirdness.

Everyone's talking about The Beer Plant, which bills itself as "the first vegan gastropub." What's not to love about a full bar and delicious vegan food? There's a happy hour Tuesday-Friday from 4-6 PM, where you can enjoy a dollar off their 40 tap selection, in addition to traditional favorites like nachos and buffalo cauliflower wings. Heartier fare includes robust vegan takes on traditional pub food, including "reubenesque" and seitan gyro sandwiches, tacos, and meatless burgers. On Saturdays and Sundays, you can brunch from 11:00 - 3:30 PM on a colorful variety of traditional and eclectic dishes. The Beer Plant. 3110 Windsor Road, Austin, Texas. 512.524.1800. $$

Another great new vegetarian spot is Citizen Eatery. It's a short trek uptown just north of Rosedale, in a part of the city undergoing tons of renovation and new development -- meaning there are a lot of intriquing shops and restaurants. It has simple fare, including several different veggie burgers, an all-day breakfast menu, and a fun combination of Asian and European styled comfort dishes. Citizen Eatery. 5011 Burnet Road, Austin, Texas. 512.792.9546. $

I'd also like to give props to a couple of food truck favorites.

First up is BBQ Revolution. In a city known for its barbecue -- where you can wait many hours to be served barbecue -- it's always been kind of annoying for vegetarians, who got stuck with some slaw and a soft piece of bread. BBQ Revolution is a vegan barbeque food truck that serves up plant-based alternatives of all the traditional favorites and sides, including tempeh ribs and wheat roast, coleslaw, and mac and cheez. BBQ Revolution. 2421 Webberville Road, Austin, Texas. 512-584-7659. $

There's also Conscious Cravings, which offers a selection of tasty signature hot wraps, like spicy chickpea and chimichurri seitan, as well as salads and delicious fruit and vegetable smoothies. Everything at each of their two Austin locations is fresh, healthfully prepared (never fried), and 100 percent plant-based; they make their own seitan in house. Conscious Cravings.  In South Austin, they are at 1311 S. 1st Street. 512.582.9182. Further north, near the old airport hangar at Mueller, you can find them at 4209 Airport Boulevard. 512-582-2124. $

The Flagship Whole Foods, one mile west of downtown Austin, is a great place for a working lunch. I know, you're thinking, You want me to eat at a grocery store? This is not just any grocery store, my friend. It is a food bazaar that will absolutely blow you away. Rows of tempting salad bars allow you to compose your own meal, but there are also vegan and vegetarian options at just about every food counter and a pleasant roof-top terrace where you can enjoy your food. Whole Foods Market. 525 North Lamar, Austin, Texas. 512.542.2200. $

24 Diner, like many Austin restaurants, was featured on the Food Network, with the result that this trendy spot can be mobbed. Its allure is comforting food served all night long, with plenty of vegetarian options, like veggie hash, mushroom and veggie burgers, and a variety of tempting salads. 24 Diner. 600 Lamar. 512.472.5400. $$

I love the intimacy of Koriente, a Korean health food restaurant with garden dining tucked into a little warren of shops and restaurants at the east end of Sixth Street, right before you hit the I 35 overpass. It was founded by a mom who hated to cook and wanted to make a place where other moms could bring their families for nourishing, healthy, delicious food. Most of the entrees are vegetable based; for a couple extra bucks, add meat and eggs to the mix. But you might want to walk over from your hotel. Parking is at a minimum here. Koriente. 621 East 7th. 512.275.0852. $

The Blue Dahlia Bistro is right across the highway in the heart of East Austin, still walking distance from downtown. The restaurant's promise is that you can "relax and feel like you are in the European countryside." That might be a tiny stretch, but I have to admit -- they do have a truly cozy and inviting outdoor space. They serve yummy French-inspired dishes and have a good selection of vegetarian options, including an all-day breakfast menu. The Blue Dahlia. 1115 East 11th Street. 512.542.9542. $

If you're looking for a glimpse of the Austin of Slacker fame, venture a few miles north to the University neighborhood of Hyde Park, where Mother's Cafe has been dishing up family style vegetarian and vegan cuisine since 1980. The restaurant has spruced up with a recent makeover, but they haven't really changed their menu. There's nowhere else in town where you can order Mushroom Stroganoff or BBQ Tofu. Ask to be seated in the Garden Room, an Austin tradition. Mother's Cafe. 4215 Duval. 512.451.3994. $

Casa de Luz, located about a half mile from downtown, in the hippest part of East Austin, describes itself as Austin's "only all-organic dining and community center." They take good nutrition very seriously here; even the drinking water that serve is filtered to remove fluoride. Each day, they prepare a different menu from scratch, using plant-based foods. That means most of the food they serve is vegan as well. Casa de Luz. 1701 Toomey Road. 512).476.2535. $

Mr. Natural lets you enjoy Tex-Mex cuisine without worrying that someone is sticking lard in those beans. The East Austin restaurant is 100 percent vegetarian, and the place also includes a juice bar and a bakery that has won several awards, including "Best Tres Leches" from the Austin Chronicle. That is really saying something: the recipe is vegan. Mr. Natural. 1901 Cesar Chavez. 512.477.5228. $

There aren't a lot of 100 percent vegan options in the Weird City, but East Austin Counter Culture fits the bill. Whenever possible, the chefs here try to use ethically sourced and organic ingredients, and their menu is a combination of classic vegetarian dishes like Lentil Loaf and Mac and Cheeze (the "cheese" made from cashews) and curiosity-inspiring fare such as the Jackfruit BBQ Sandwich. They also serve gluten-free pizza. Counter Culture. 2337 East Cesar Chavez. 512).524.1540. $

You can't talk about food in Austin without at least a nod to one of the city's many food trucks. Arlo's is the place to go downtown for a late night vegan burger or seiten "chicken" patty. You want fries with that? No problem. Arlo's.  900 Red River. 512.840.1600. $

And for dessert? Lick Honest Ice Creams offers a variety of "weird" flavors -- I love the roasted beet and fresh mint -- including some vegan options. The staff lets folks sample as many flavors as they like, so the line might move slowly! Lick Honest Ice Creams. 1100 South Lamar, Suite 1135. 512.363.5622. $ 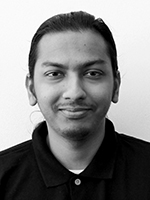