This section presents how to collect toggle coverage data by using the GUI options and the command line and then analyze the results in the Toggle Coverage Viewer. The toggle coverage data collected during the simulation is saved to a database which is automatically created when the simulation is finished. The toggle coverage statistics can be presented in a graphical form in a stand-alone Toggle Coverage Viewer. The viewer shows a synchronized display of a design structure and the source code with the coverage results. Additionally, the viewer allows generating reports.

To collect toggle coverage data for the v_bjack project do the following: 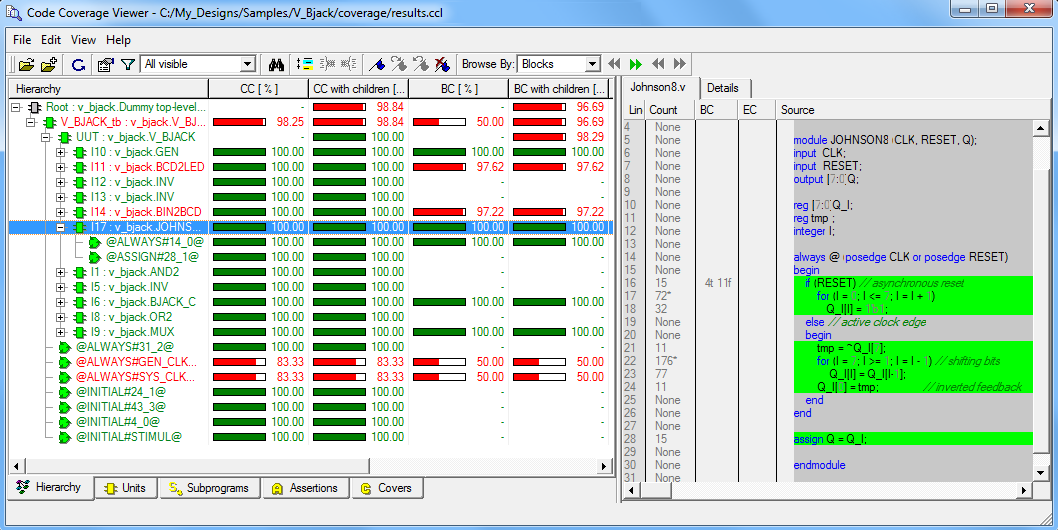 The Code Coverage Viewer shows statistics for a Johnson counter located in the UUT/I17 region. All executable statements defining the counter were executed at least once.

Toggle coverage data for the same region is displayed below. 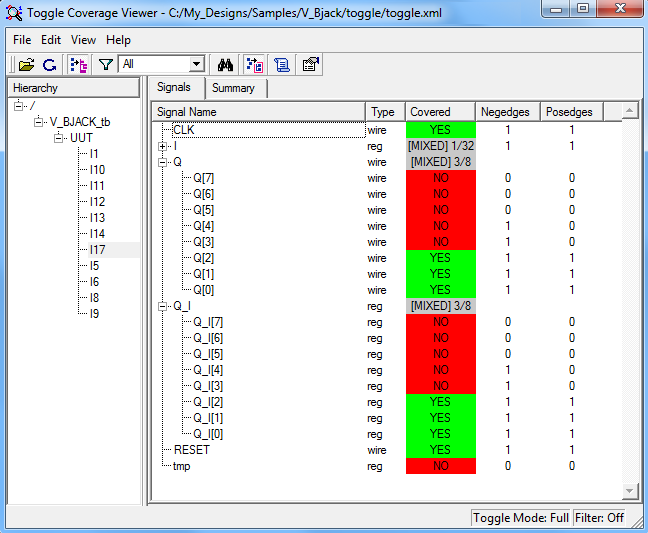 Toggle coverage reveals that several signals in the examined region (e.g. the tmp register) did not toggle.

The example shows that combining toggle coverage with code coverage can provide the most comprehensive information about how well the design was exercised by the testbench.