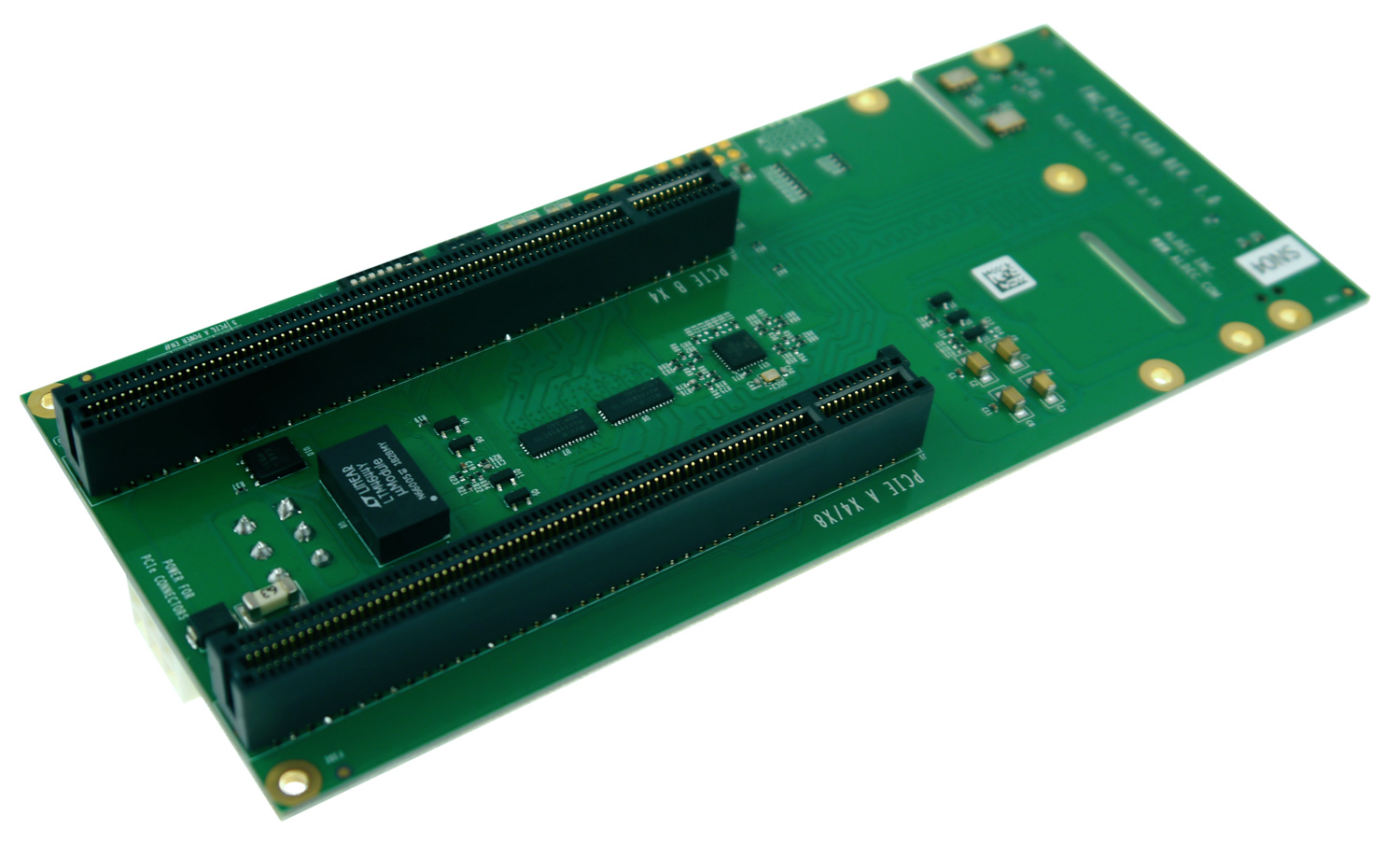 FMC-PCIe expansion daughter card can be used as PCIe root complex and provided two PCIe x4 interfaces or one PCIe x8 interface for endpoints cards equipped with standard PCIe finger connector up to x16. This board includes two PCIe connectors on the bottom. There are Four PCIe lines which are switched between two PCIe connectors using passive switches on the board. The 100MHz reference clocks for PCIe and FMC connectors are generated using LVDS oscillators on the FMC-PCIe card. This board needs to be powered up using an external 12V power supply with 6-pin PCIe power connector.
Some of the use cases board would be in High Performance Computing (HPC) applications that high speed and high bandwidth data transferring is required. The FMC-PCIe daughter card is designed based on Vita 57.1 standard and is supported by Aldec TySOM™ embedded development cards and HES™ prototyping boards. 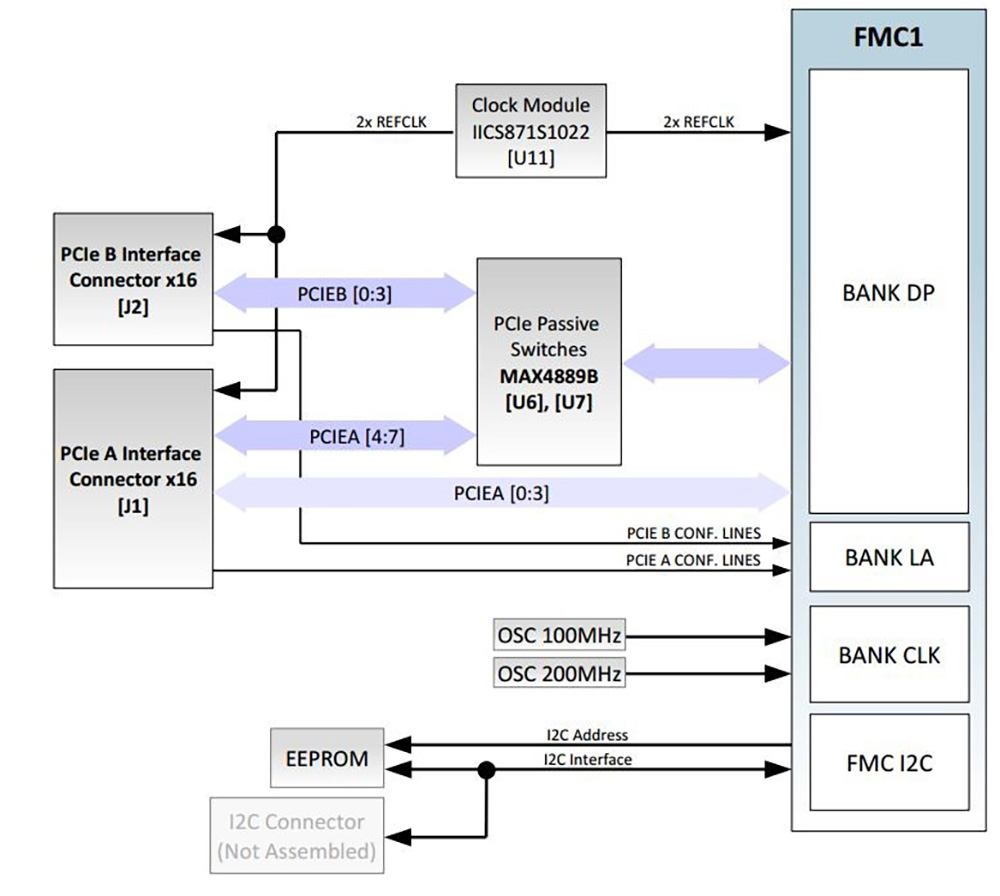